You can integrate a UW Group as a LastPass Group for the purpose of controlling access to shared folders. This document describes how to do that.

You will get a parent group which any other LastPass group you need will logically be under. Once you have this parent group, you will be able to create groups under it on your own, and they will show up in LastPass without any assistance from UW-IT.

You can only use these steps if your parent LastPass group has already been created AND you have been assigned the role of subgroup creator for the parent group.

After the groups have been created in UW Groups, the group should appear in LastPass within 30 minutes.

You can find the groups listed in the Manage Shared Folder window, as shown below: 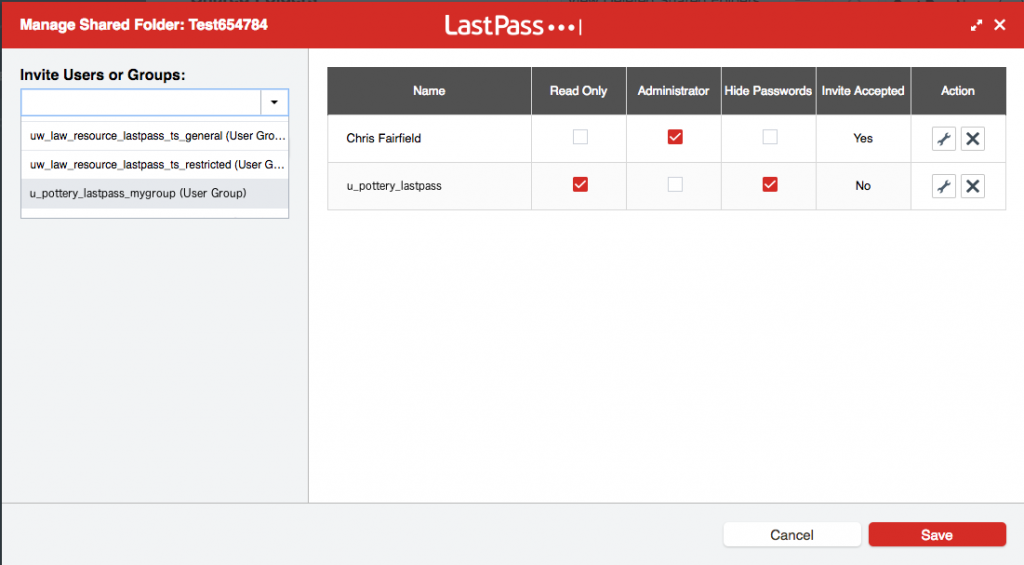 There is additional information from LastPass here regarding the specifics of the access granted by these sharing permissions.

UW-IT plans to improve our approach to supporting LastPass groups incrementally over time. We hope to make LastPass group creation less complicated and entirely self-service. This page will be updated as improvements are made.