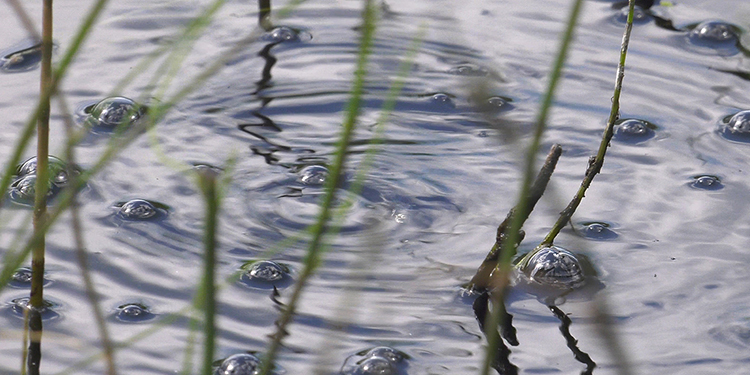 Not long ago, on a cool September day deep in Alaska’s Yukon Flats National Wildlife Refuge, a floatplane dropped Catherine Kuhn and a team of scientists near a cabin studded with nails to keep curious grizzly and black bears at bay.

But hungry bears and blood-sucking mosquitoes were not her concern as Kuhn set out to collect water samples and tally other field measurements on the shores of a large shallow lake.

For Kuhn, a Ph.D. candidate in the UW’s School of Environmental and Forest Sciences, the primary focus was on the lake’s color. As a member of Associate Professor David Butman’s Ecosystem Biogeochemistry Group, she was seeking to discover what the shallow waters in front of her, and the millions like it in the Arctic Circle region, might reveal about carbon cycling and climate change.