Hyak, UW’s shared supercomputer cluster, delivers high performance computing speed and power to UW researchers efficiently and cost-effectively. It’s fast, nimble, and scalable—and it continues to grow to meet Big Data and other research challenges. Here’s a look at Hyak by the numbers.

Growth since Hyak launched in 2010: 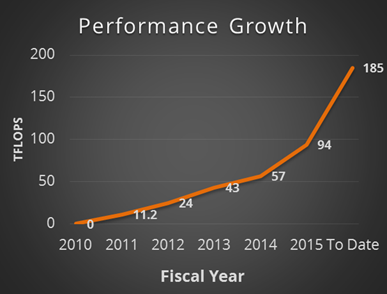 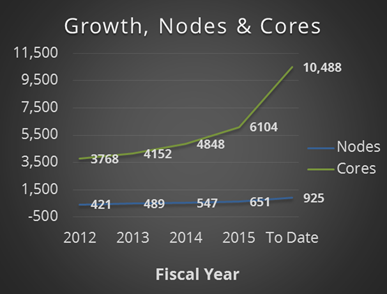 Hyak’s “elastic supercomputing” resource model enables users to access additional computing power by retrieving unused compute cycles. This elasticity has allowed many research groups to use more computing resources than they have bought (allocated), as illustrated in the graph and pie charts below.

This means that researchers do not need to build and operate separate, small-scale systems that are expensive to maintain and consume more energy.

Groups with low allocation rates have been able to use Hyak’s compute power intensively when needed, using more than their allocation of this shared resource. By pooling resources, UW researchers are effectively and efficiently making use of Hyak’s elastic supercomputing power to advance their work. 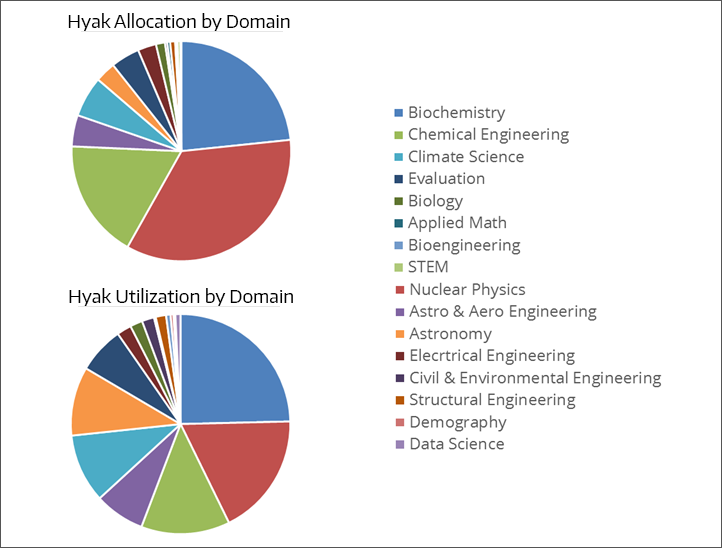